Muslim Women Protest in Iran: Muslim women are not ready to bow before the Iranian government, intensified the demonstration 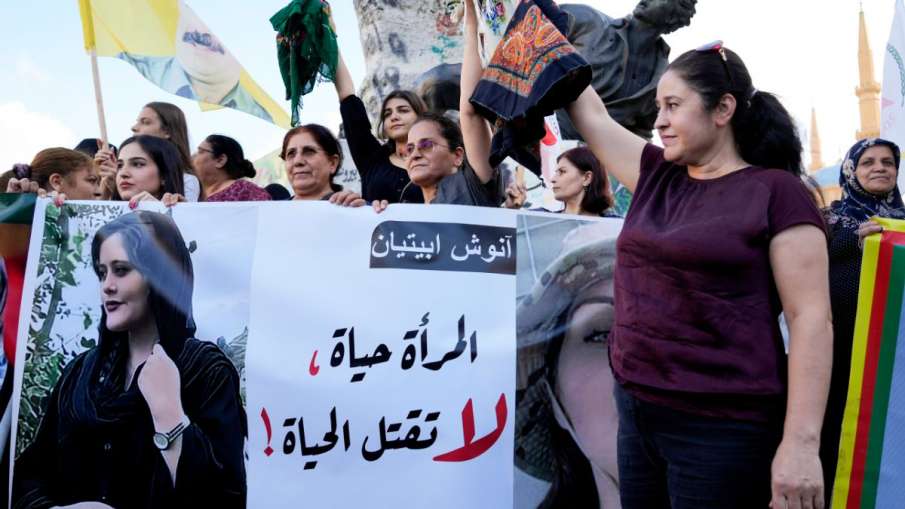 Breaking News in Hindi Live : Read the big news of the country and the world and stay updated all the time

In Gujarat, a group of minority community pelted stones on Navratri pandal, 6 injured in the attack

Police hit Amini on the head with batons, was arrested for allegedly violating the dress code, news of the death of 17 protesters and police officers is coming to the fore

Muslim Women Protest in Iran: At least nine people have died so far in clashes between protesters and Iranian security forces following the woman’s death in Iran. The Associated Press gave this information on Thursday. The ongoing unrest in Iran has reached its worst in several years and nothing is yet clear, as protesters angered by social repression and escalating crises in the country continue to face security and paramilitary forces in at least a dozen cities. Is.

The news of the death of 17 people

According to Iranian media reports, the death toll during the protests could reach 17 on Thursday, but it has not been officially confirmed yet. Unfortunately, there are reports of the loss of lives of 17 protesters and police officers in these incidents. Widespread restrictions continued on Instagram and WhatsApp used by protesters to inform others about the government’s action on the protests. The authorities seem to have taken this step to prevent these incidents from reaching the outside world, while social activists say that the government always takes such steps in times of unrest.

Iran’s criticism around the world

An emotional outrage is being witnessed over the death of a young woman, Mehsa Amini, arrested for allegedly violating a strictly enforced dress code by the country’s police. His death has been strongly condemned by the US, the European Union and the United Nations. Police say she died of a heart attack and was not abused but her family has raised doubts about it. Independent UN experts said on Thursday that reports showed he was brutally beaten up by religious police without providing evidence. He has demanded a fair investigation to hold the culprits accountable.

According to media reports, there were reports that the police hit Amini on the head with batons and slammed her head on the vehicle, leaving her in a coma. Police have denied that she was abused. However, her family has said that she was absolutely fit and healthy. An immediate, impartial and effective investigation into the tragic death of Mahsa Amini and the allegations of torture and abuse must be carried out by an independent competent authority.

Breaking News in Hindi Live : Read the big news of the country and the world and stay updated all the time

Breaking News in Hindi Live : News plays an important role in our daily life. Some people's mornings are incomplete without knowing what is happening in the world....

In Gujarat, a group of minority community pelted stones on Navratri pandal, 6 injured in the attack

Image Source : ANI roup of minority community pelted stones on Navratri pandal Highlights All the accused who pelted stones are being identified - DSP Police force was...

Ponniyin Selvan 1 box office collection day 4: Even on the fourth day, Aishwarya’s film earned a shed, know how many crores it earned

replica photo YEARSActress and activist Sachin Littlefeather has passed away. She was 75 years old. According to the website 'Variety', she had 'breast cancer'. The Academy of Motion...

CWC Meeting: Congress Working Committee will meet on Sunday to discuss the reasons for the electoral defeat