Many programs across the country on Gandhi Jayanti, many leaders including President, Vice President and PM Modi paid tribute 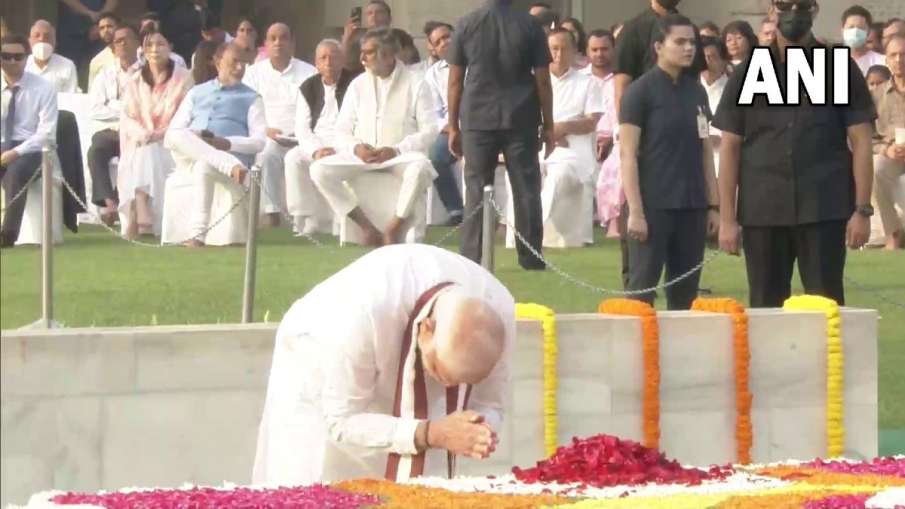 Many leaders, including PM Modi, Sonia Gandhi, have paid tribute to the Sarva Dharma Prarthana in Delhi, the CM of UP will also be involved in many programs.

President Draupadi Murmu, Vice President Jagdeep Dhankhar, PM Narendra Modi, many Union Ministers and other dignitaries are going to be present in the Sarva Dharma prayer program. The program has been organized in the morning at Gandhi Samadhi at Rajghat. A large number of people are expected to attend the event.

UP CM will also be involved in many programs

Uttarakhand Chief Minister Pushkar Singh Dhami said on this occasion that today is the birth anniversary of Mahatma Gandhi and Lal Bahadur Shastri, here we all remembered them. Where Bapu ji showed the path of truth and non-violence, Lal Bahadur Shastri ji taught the lesson of simplicity, simplicity and honesty.

Election strategist Prashant Kishor is going to start his ‘Jan Suraj’ padyatra from Bhitiharwa Gandhi Ashram in West Champaran on Gandhi Jayanti today. Pad Yatra of 3500 kms will reach from city to village of Bihar in next one to one and half year. Prashant Kishor has appealed to join this padyatra under Jan Suraj Abhiyan with a resolve to include Bihar in the top 10 states of the country in the coming 10 years.

Prashant Kishor has said that there are three basic objectives of this padyatra. The first is to identify the right people at the grassroot level with the help of the society, secondly try to bring them on one platform and thirdly understand the local problems and possibilities in a better way and on the basis of them make a list of the priorities of the cities and panchayats and their development. Blueprint preparation. The padyatra will start at 11:30 am from Bhitiharwa Gandhi Ashram in West Champaran.

Noida is the crown of Uttar Pradesh, UP is the first choice of industrialists: Industrial Development Minister

Nora’s glamorous look will not be able to be seen, killer pose video is going viral on social media