Jasprit Bumrah: Fans were furious when Bumrah was out, people said – only fit to play IPL 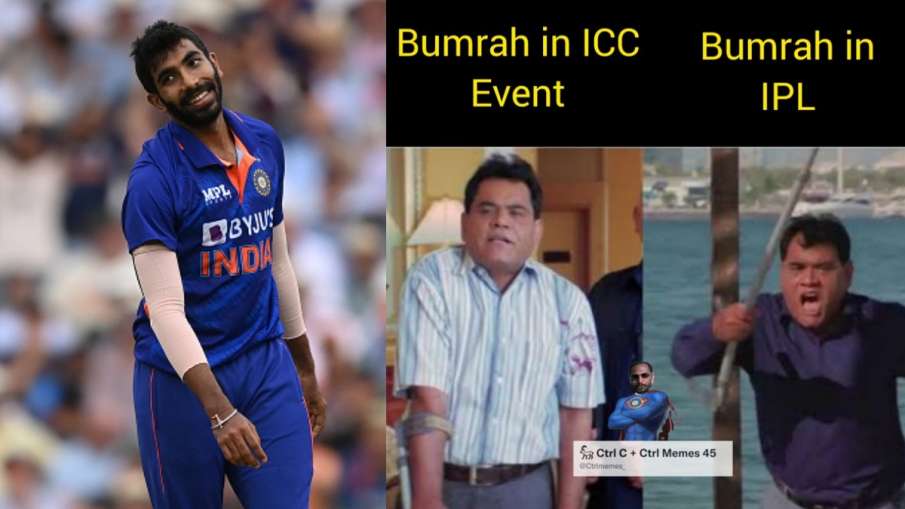 Bumrah got furious outside the T20 World Cup, the fans trolled Bumrah fiercely

Jasprit Bumrah: Team India’s star fast bowler Jasprit Bumrah has been officially out of the T20 World Cup starting in Australia from 16 October. The news was coming for the last several days, but the BCCI has now confirmed this news by sharing a press release on its Twitter handle. However, the fans are not quite happy with this news and have expressed their anger on social media. Especially on Twitter, Bumrah and BCCI are trolling fiercely.

Fans have once again become very angry with the news of Bumrah being out of the World Cup. Fans on Twitter are fiercely trolling BCCI and Bumrah. While trolling Bumrah, people are even saying that this star cricketer is fit only to play IPL and by 2023 IPL, Bumrah will be completely fit. Have a look at all the memes going viral about Bumrah :-

Let us tell you that Jasprit Bumrah is struggling with a repeated stress fracture injury. It usually takes about six months for a complete recovery of a stress fracture of the ligament in the lower back. In such cases, surgery is also required before rehabilitation. That is, Bumrah now has suspense to play in New Zealand and Bangladesh series after the World Cup. Talking on the basis of these things, now Bumrah will be able to make a comeback directly in 2023.

Seminar organized at IIMC on the occasion of Hindi fortnight, Anil Joshi said- English is not synonymous with talent

YouTuber Gaurav Taneja had reached the metro station to celebrate his birthday, police arrested him, know the reason